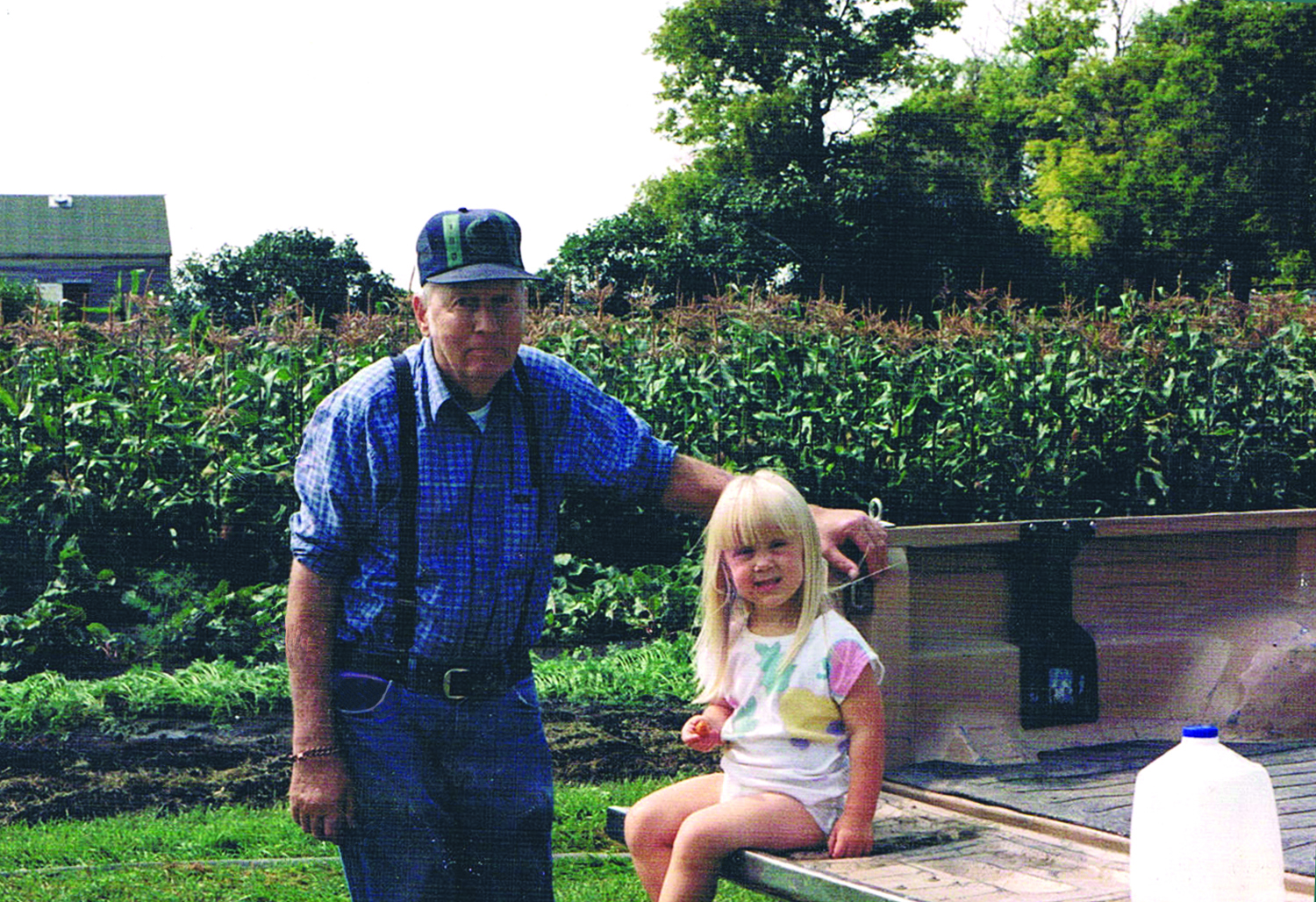 On a bleak December day 70 years ago, my grandfather jumped from a ruined B-17, a cold Minnesota farm boy tumbling from the sky into occupied Greece. That image is hard for me to picture because I remember him stooped, impossibly old to my little eye, and far too gentle to be a radio gunner in a fighter plane.

This year I spent Memorial Day in the garden. It wasn’t the traditional cemetery visit or parade, but I found it quite fitting. The man who taught me how to garden was the same man wounded that December day, the same man who spent a year and a half writing hopeful lies to his mother from a Nazi prison camp and the same man whose government forgot to decorate him until shortly before his death.

The quiet man who never spoke about any of it — the man I think of every Memorial Day.

To many people, Memorial Day is an appropriate gardening day. It’s a long weekend and marks the beginning of consistent warmth. My grandpa never had the patience to wait until May to do the planting, though. He mail ordered his seeds mid-winter. Come spring, he started them in cut up milk cartons on his window sill. His dirt-streaked laundry room was as much a part of spring as the melting snow.

Of course, when you plant early, you typically harvest early, as well. Grandpa’s garden always seemed like the first in our area to produce, with yields enough to end world hunger! Some days, I’d get to be his helper, riding along in the passenger seat of his little pickup truck to deliver vegetables to his neighbors… and his neighbor’s neighbors, and their out-of-state friends unlucky enough to be visiting when we arrived. Nobody could refuse my grandpa. The tassled corn in these people’s own gardens was turning the tell-tale shade of brown even as they accepted my grandpa’s corn. But if a quiet old man and his little blonde granddaughter showed up on your doorstep with five gallon pails of homegrown produce… would you really be able to say ‘no thank you?’

This year, my husband and I busted up new soil for our first garden. He worked harder than I did. I stripped off my gloves to kneel in the soil and let a worm slink across my palm while he used a spade to turn over the sod.

In my excitement and lack of sensitivity, I continually pushed for him to do more, to expand the garden’s size. In comparison to my memories, it never looked quite big enough.

“You have to get over this idea that we’re farming!” was his exasperated — and exhausted — rebuttal.

The dirt and chirping robins brought back details of former gardening days — most of which had nothing to do with actual gardening.

My grandpa’s garden was 20 miles from where he lived, therefore certain amenities were needed. Namely the outhouse. I spent the warm days dreading future uses of that moist cavern of bad smells. He only occasionally remembered to fill the thing with toilet paper. Honestly, that was okay. After a while the roll would start to smell like the outhouse… plus many weeks in what is essentially a closed sewer with no ventilation left it wet and cold, prone to tearing. It was better to not use it.

There were better memories, though. Specifically from harvest time. As my grandpa drove his personal delivery route all across the county, I strained to see over the dash from my position in the passenger seat. (This was before children had to be in booster seats in the back. Or at least before we followed those laws.) To entertain me, my grandfather would joke around on the barren rural roads. He’d swerve into the wrong lane, stop the truck, or lay on the horn… all attempts to avoid crashing into the rhinoceros or giraffe he insisted was in the middle of the street. I assume he wanted me to look around, wide-eyed for the zoo animal I’d missed. Instead, my precocious voice accused, “There’s nothing there. You’re lying!” Then he’d just smile.

Whether on the road or pulling weeds, gardening always ended the same way: a glass of homemade iced tea. Grandpa liked his tea sweet enough to be hummingbird food. My sweet tooth is not quite so evolved, though you wouldn’t have convinced my child-self of that fact. I can still hear the tink of grandpa’s spoon against his polymer glass, which smelt like melting plastic, and see the hurricane inside my own glass as I, too, valiantly tried to dissolve more sugar in the cold beverage — nearly a scientific impossibility.

Last weekend, while watching my husband work and sipping my own blend of that iced tea, I did the math. My grandfather was a POW when he was exactly the age I am now.

I spent my day off as a 23 year old happily puttering in her first garden alongside her husband of two years, in still-basically-newlywed bliss. A slight breeze cooled the sun on our backs. We had a picnic of hot dogs and baked beans cooked on a Coleman stove. It was perfect.

I have these days in my youth because when my grandfather was 23, his days were spent looking forward to the next pack of cigarettes rationed out by German officers.

It’s been many years since I’ve stood upon that sacred soil my grandpa used to garden in. Grandpa died ten years ago — hard to believe I’ve had a decade without him already — and his last few years left him too frail to garden. The land was sold to the neighboring farmer, who I presume added it to his field. That’s okay; I’m glad it’s still producing. I never think about it as the corner of some guy’s field, though. In my mind, it resembles the classic children’s story “The Secret Garden.” It’s a little oasis overgrown with vines, herbs and wild flowers. Weeds, too — but only the pretty varieties. A place where orphans discover adventure and crippled children walk.

My sentimentality is mostly fueled by imaginative questions about grandpa that were never answered. Why did he spend so much time in obsession over what should have been a hobby? Did the stillness and chirping of nature give him needed thinking time? Was it how he coped with the extreme advancements of society? Did he miss the farming lifestyle he was raised in? Was it the only place he could handle the fading echoes of harsh Germanic yells?

Or maybe I look too deep, trying to connect dots and add backstory where none exist. Maybe my grandfather gardened for the same reason most people do: maybe he just enjoyed it.

The above essay was originally published in The Country Editor. It is reprinted here with permission.
(C) Emily Enger, 2013